Ellijay, Georgia, known as the “Apple Capital” of Georgia, is located between the Ellijay and Cartecay Rivers where they join to make the Coosawattee River, and is the county seat of Gilmer County, Georgia. The origin of the city’s name is not certain but thought to be the English derivative of an Indian word(s) meaning “many waters”, “place of green things” or “new ground”. Some histories say it may have been named for an Indian chief. 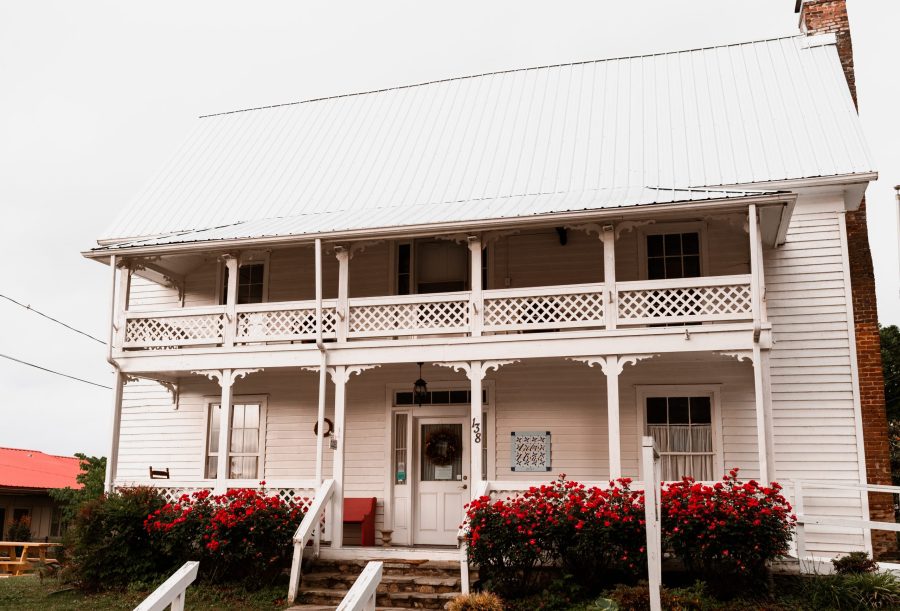 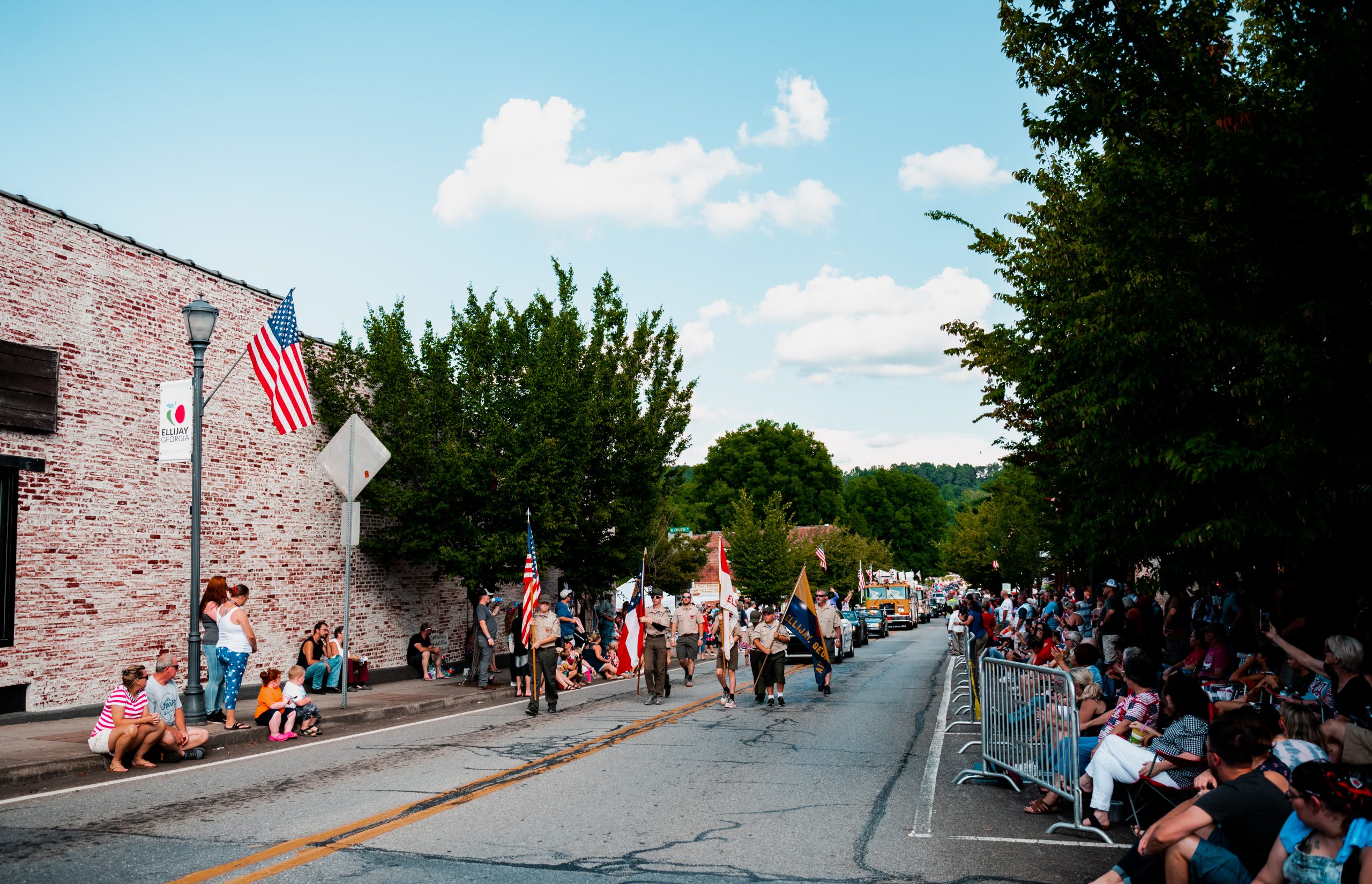 Inhabited for countless years by the Cherokee people indigenous to North Georgia, the area was first mentioned as a village and trade center before the onslaught of white settlers inhabited the region. During the 1830s both white settlers and Indians occupied Ellijay. During the original land lottery in 1832, Martin Scalf acquired the 160-acre lot where the town now stands.

In 1833, Clemons Quinland bought 10 acres from Scalf, retained one acre for himself, and donated the rest of the purchase to the County. A plan for twenty town lots, streets, and a public square was created and the streets were oriented to allow maximum sunlight exposure to the buildings.

Proceeds from lot sales were used to build a jail and courthouse and pay other city expenses. During this same year, Gilmer County was appropriated $800.00 from the State to build a school, and a three-acre lot was donated for the city cemetery. On December 29, l834, Ellijay was incorporated and designated as the County seat of Gilmer County.

By 1837, the town had twenty dwellings, three stores, and one attorney. Most of these early buildings were of log construction. Many roads led to Ellijay by 1849. The population had grown to 150 by 1850 and the town at five stores. Some wood-frame buildings were being constructed at this time and in 1854, a new courthouse was built in the center of the square, replacing the earlier building. 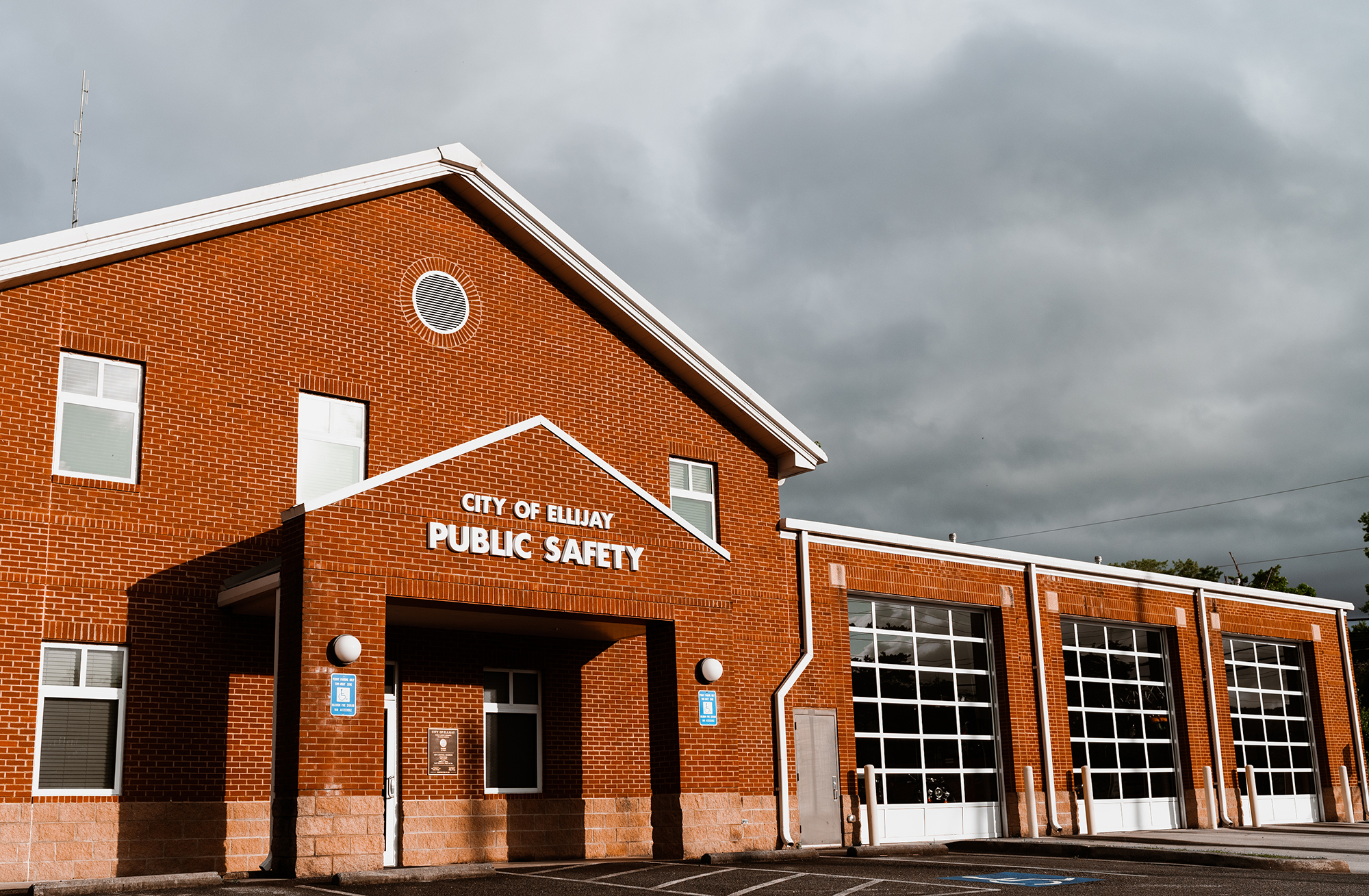 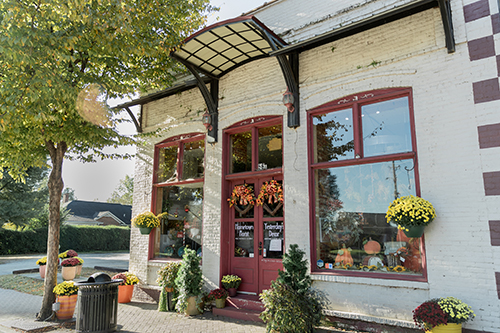 The County’s first newspaper was the Ellijay Courier, which started in 1875, and during this time period, Ellijay was a stop on the stagecoach line. The railroad bridge over the Cartecay River was completed in 1884 and the town now had rail service. With the arrival of the railroad and subsequent tracks to White Path, Ellijay began to grow much faster.

Many hotels were constructed and the land was donated for a depot east of town. More industries, such as a cheese factory and the Shippen Brothers Lumber Mill, located to Ellijay. By 1898, the city had expanded its limits in every direction and now included the depot.

By 1900, all the buildings on the town square were brick. This included the recently completed Hyatt Hotel. Most of the other buildings in town were still of log construction, but new wood-frame buildings were being built. The Shippen Brothers Lumber Company production was expanding and exporting their lumber to Europe. Within the next few decades, this company grew to be one of the largest employers in Ellijay, often with five to six million feet of lumber in the yard at one time. 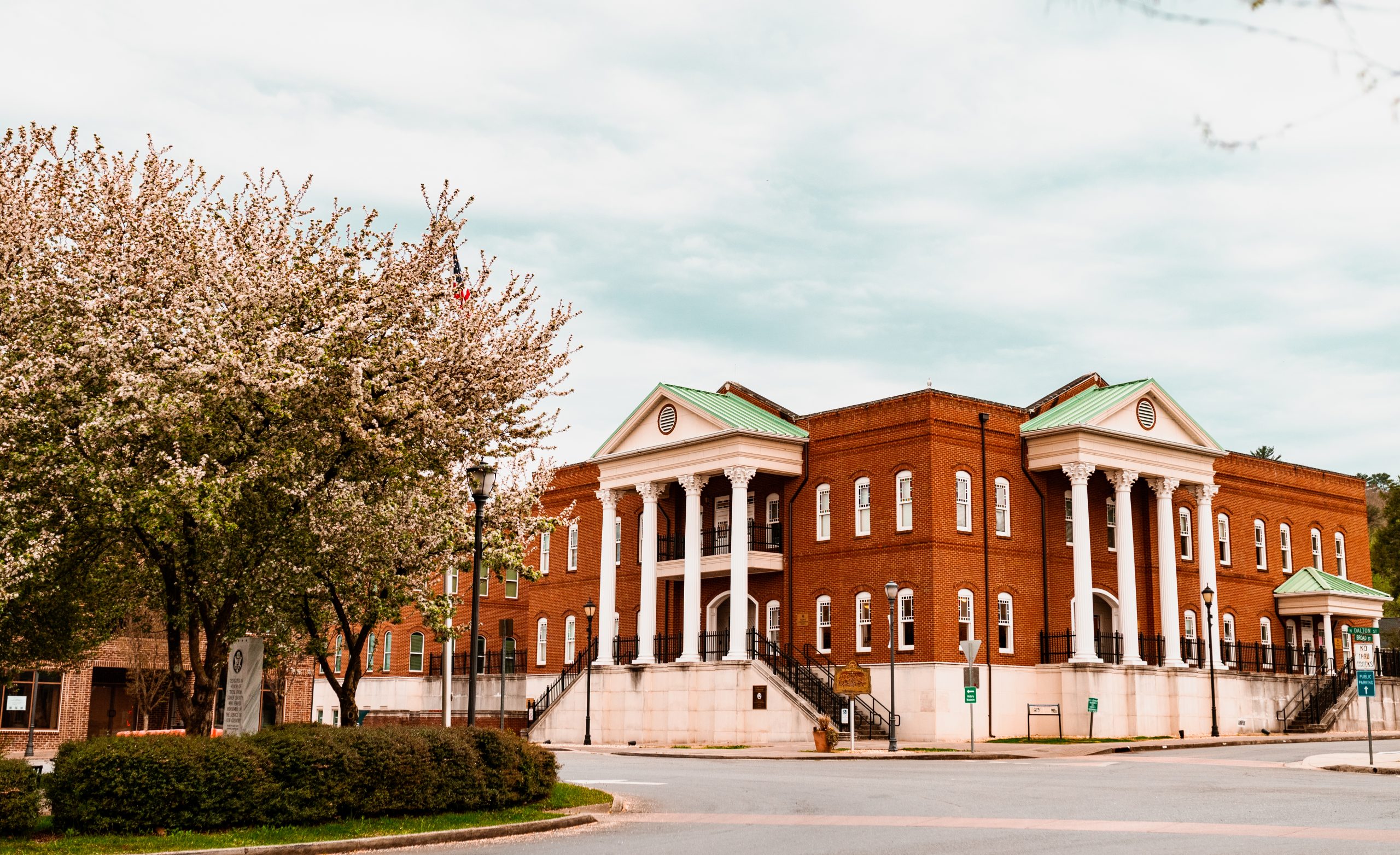 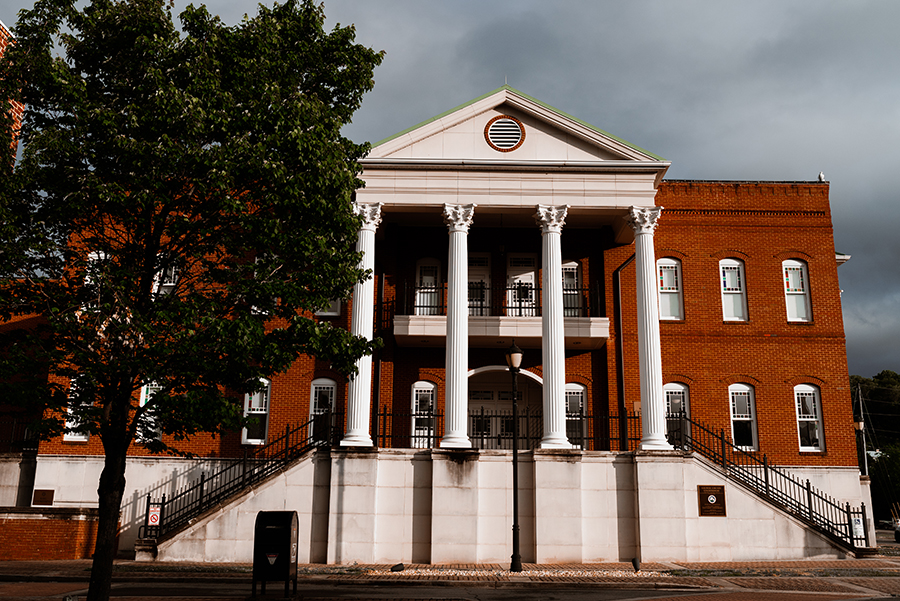 The population of Ellijay grew to 659 by 1910 and began to acquire many new modern conveniences such as electric lights and power, a telephone company, and many new businesses. Then in 1912, a fire ravaged the city, destroying 23 buildings. As a result, many new buildings were constructed under new and stricter fire and safety guidelines. The population, however, decreased slightly at this time to 632 in 1920.

During the 1920s the town’s population began to grow again and, by this time, apples were being shipped out of the county and new storage facilities were built. Chickens were also shipped to markets outside of Ellijay and Gilmer County. From the mid-1930s to 1950, Ellijay received much assistance from the Federal WPA Programs.

The old courthouse was removed from the center of the town square and the Hyatt Hotel was remodeled to be the new courthouse. A park was created on the site of the old courthouse and the streets around the square were paved. A new street was built at this time entering town from the northeast. Other new roads, bridges, sidewalks, and gutters were constructed to improve the city. A school and gymnasium were also built and other structures were improved.

This growth began to impact the city’s infrastructure and in the l950’s and l960’s, a period of upgrading water systems, roads, and power supplies began. New low-rent housing appeared in l960 and a new hospital was built in l957. Georgia Highway 5 was widened in l962, new buildings around the square replaced old ones and some were remodeled.

In 1974, the hospital was enlarged. Currently, Ellijay attracts tourists who love the small-town feel and friendly atmosphere. Hotels and restaurants, unique shops, antiques and art galleries lend their charms to those who visit. A new courthouse constructed to resemble the old one, new street-scaping, family-oriented downtown events, and the beautification of the square have stepped up the social and economic activity and have made Ellijay a popular destination. 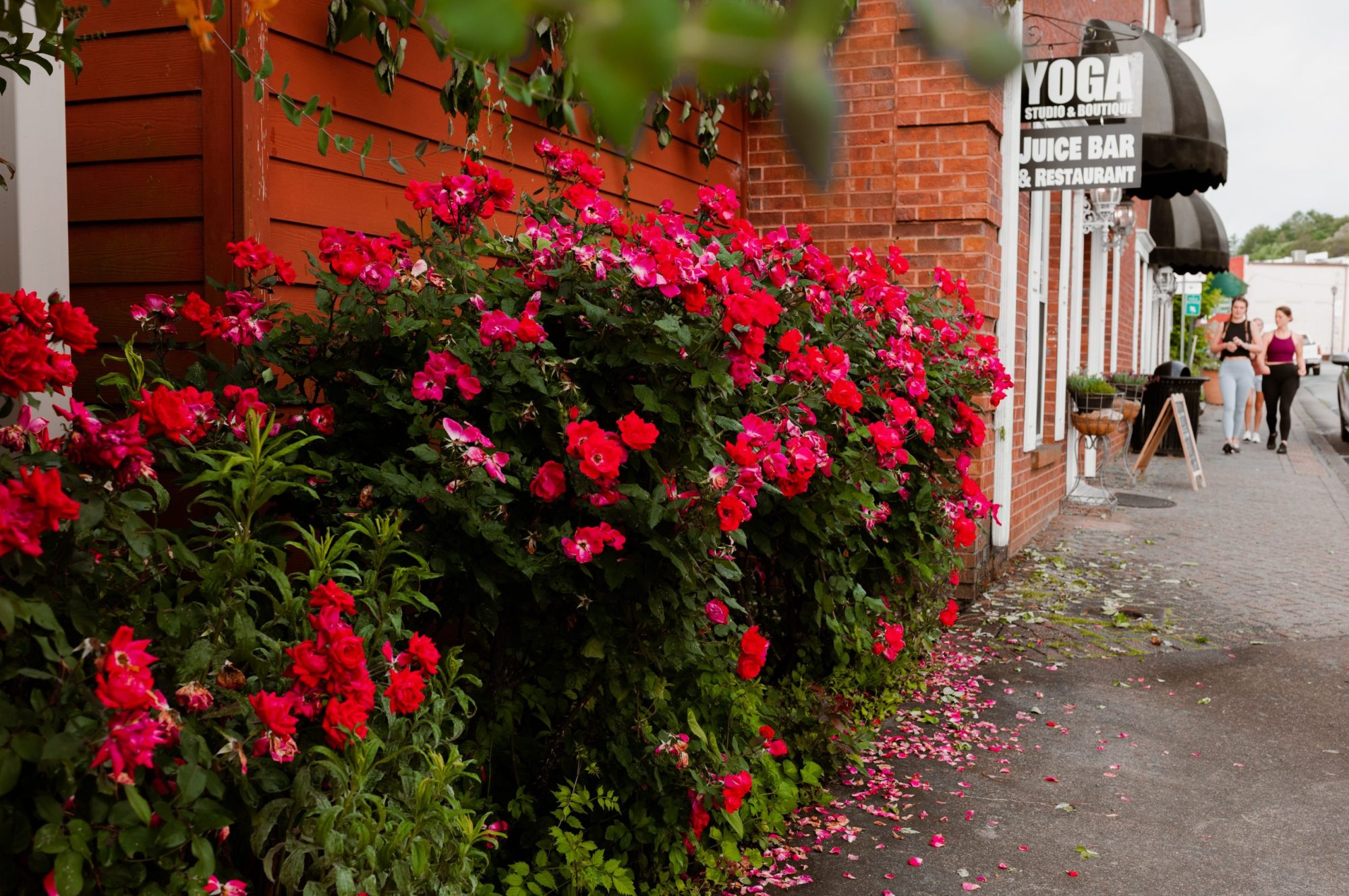